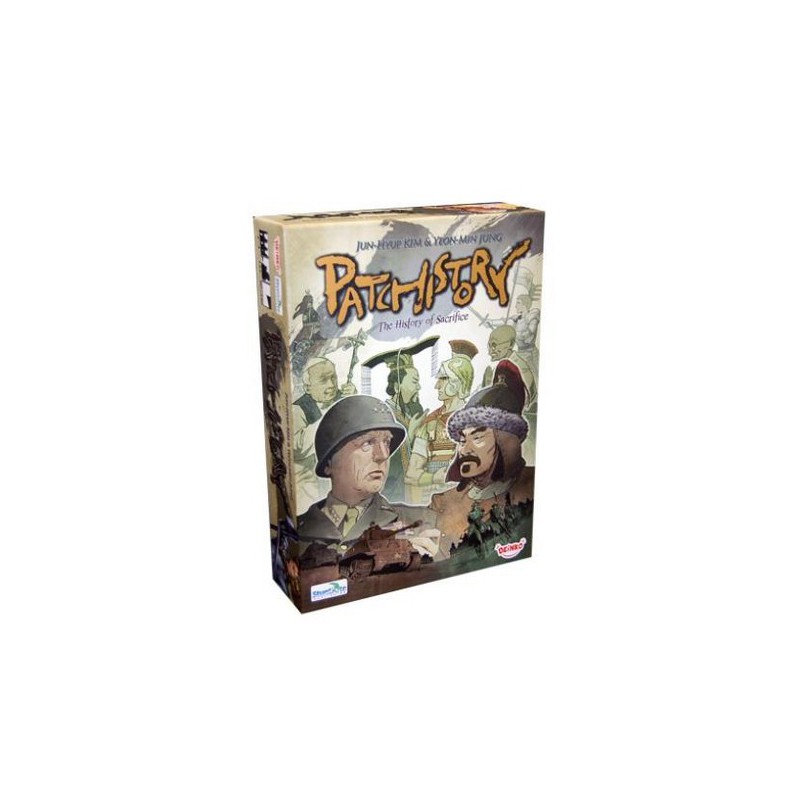 Patchistory is a strategy board game with cards that symbolize historical heroes and wonders, with the whole game being divided into three eras. During the game, you acquire these cards through auctions and expand your territory by placing cards so that they overlap one another in a 5×5 space in the first era, a 6×6 space in the second era, and a 7×7 space in the third era. When your land—that is, the layout of your cards—is well built, the card functions are activated. You can earn victory points with diplomatic actions, domestic politics, war movement, the actions of production, etc., and at the end of the game, the person with the highest score after the third era wins.

Because you can make combos with lots of features on historical cards and you can score in various ways, Patchistory will give you another new exciting play every time it hits the table.