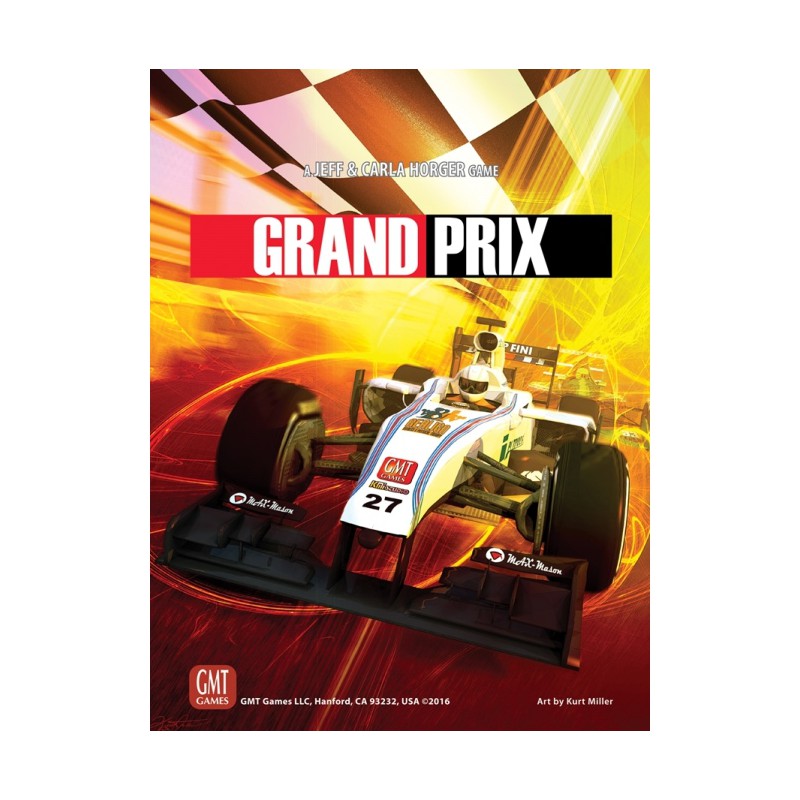 Grand Prix is the 2nd auto racing game from Jeff & Carla Horger and GMT Games using the same system as Thunder Alley with some adjustments for Grand Prix racing. From 2-11 players can compete in the game controlling either one team of two cars, a team of two cars plus non-scoring team cars they control, or each person playing with multiple teams. Every race has a full field of cars, regardless of player count, in order to give that true Grand Prix race feel. When racing, players will score in one of two possible ways: either individual car scoring where only placing in the top 10 places awards points; or team scoring where the placement of all cars in a race will determine the team score.