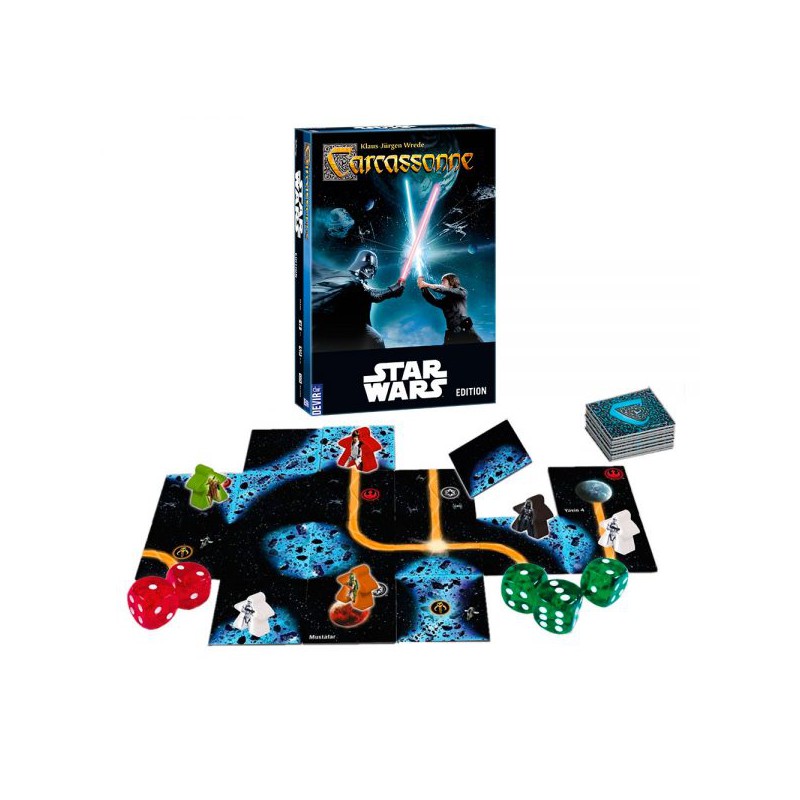 Carcassonne: Star Wars combines the exciting adventures of the Star Wars universe with the gameplay of Carcassonne, with the known rules of the game being simplified through clever changes that bring an entirely new feel to the game.

This is similar to the Carcassonne game but with Roads replaced with Trading Routes and claimed by Merchants instead of Robbers, Cities replaced with Asteroid Fields and claimed by Explorers instead of Knights and Cloisters replaced with Planets and claimed by Conquerers instead of Monks. There is no farming equivalent. Faction symbols (Empire, Rebel Alliance and Bounty Hunters) provide bonuses regardless of what faction your Meeples belong to. Majority control is determined by dice rolling with the highest result rather than the sum determining the winner, although tiebreaks and defeats still provide points. A player receives dice equal to the number of his Meeples involved in the majority control plus additional ones for using his large Meeple and any matching Faction symbols but this is always capped at three dice. One notable change is that Planets can be conquered by placing tiles adjacent to the Planet tile where the player now has the option of placing a Meeple on the adjacent Planet tile instead of on the tile he placed.