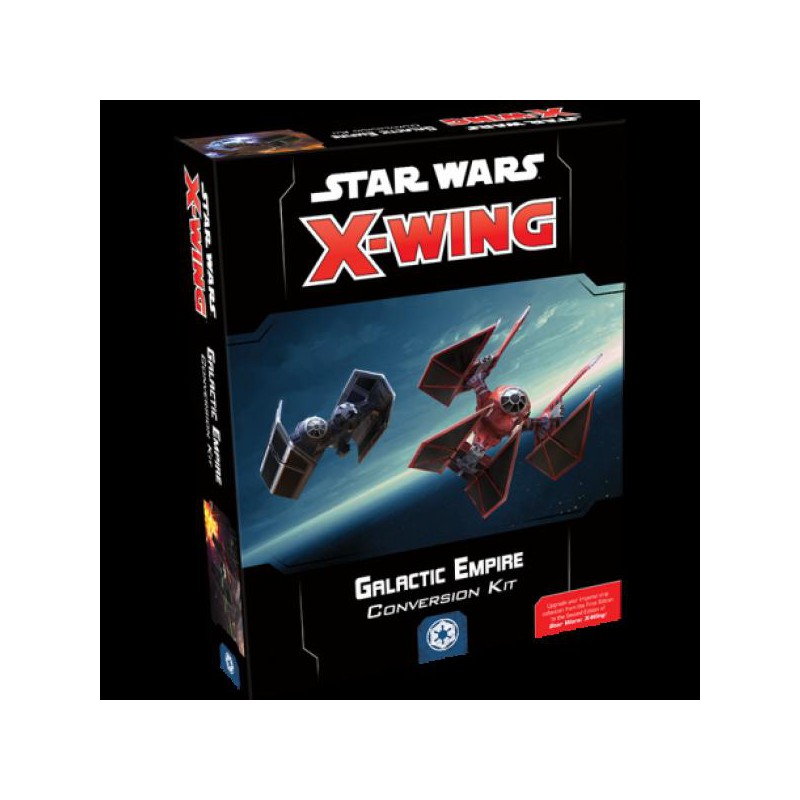 Bring the might of the Imperial Navy to bear against your foes with the Galactic Empire Conversion Kit for X-Wing Second Edition! The components you find here, including ship cards, upgrade cards, ship tokens, and maneuver dials adapt your First Edition ships to the many changes introduced in X-Wing Second Edition, giving you access to a wide range of options for customizing your squadrons. With everything you need to upgrade your Imperial ship collection from the First Edition to the Second Edition, this kit allows you to tap into the vast reserves of the Empire from the very beginning