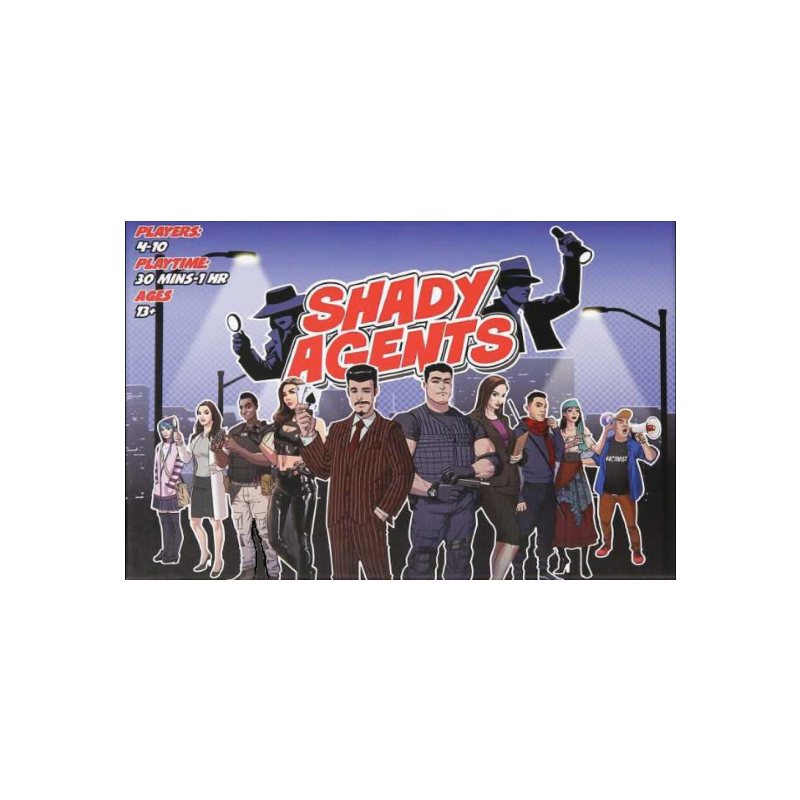 Truth or lie, who's on your side?
You are all Undercover Agents hired to investigate each other. Some of you are law-abiding agents fighting for justice. Others are crooked operatives corrupting the law. You all meet at the same rendezvous point, but since everyone is undercover, no one is sure who is on their side. To signal to one another, law-abiding agents always speak the truth and corrupted operatives lie. One bullet left to hurt the defector. A medical kit to heal your fellow operative. So, truth or lie, who's on your side?

How to play :
In this game of 4 to 10 players, you will take on a role as either a LAW ABIDING OPERATIVE or a CROOKED DEFECTOR. Each role remains hidden and your objective is to help your allies and harm your foes. But how? Depending on your spy code, you will communicate to your team using either lies or truths.

Once you determine your fellow members, hurt players on the opposing team with the BULLET and heal those on your side with the MEDICAL KIT.

For each BULLET wound received, your team loses a point. For each MEDICAL KIT you receive, your team will gain one point. Side with the highest score wins.

If there is an EVEN number of players, shuffle together a deck of character cards with half the players on the Law Abiding Operative side and half on the Corrupted Defector side. Randomly distribute one to each player. Players must keep their role card secret during the gameplay.

Each player also takes a set of tool cards: One BULLET and One MEDICAL KIT. If there is an ODD number of players, select two even sets of ROLE cards (one more card than the number of players). Deal out the ROLE cards and reveal the last one. The team revealed will receive a scoring bonus at the end, to compensate for a fewer player.

There are two rounds in this game.

Round 1: Gameplay begins with each player getting a choice to MAKE A MOVE or CALL FOR AN INTERROGATION.

MAKE A MOVE: When a player makes a move, they take one of their Tools, either Bullet or Medical Kit, and gives it to another player. The Tool Card remains facedown. Only the player who received the tool card can look at it. Send Medical Kits to your teammates to score, and fire your BULLET at the other team to reduce their point total.

CALL FOR AN INTERROGATION: If you need more information, you may select one of your Tools, either Bullet or Medical Kit, and discard it without revealing to “Call For An Interrogation.”

Feel free to discuss! Because the first player has less information to act on, that player does not have to give up one of their tools to Call For An Interrogation.

Second Round: After each player has had a turn to either Make A Move or Call For An Interrogation, in reverse order, each person now plays their remaining tool card. There is no more Interrogating in the second round. Gameplay ends with the first player distributing both of their Tool cards at the same time.