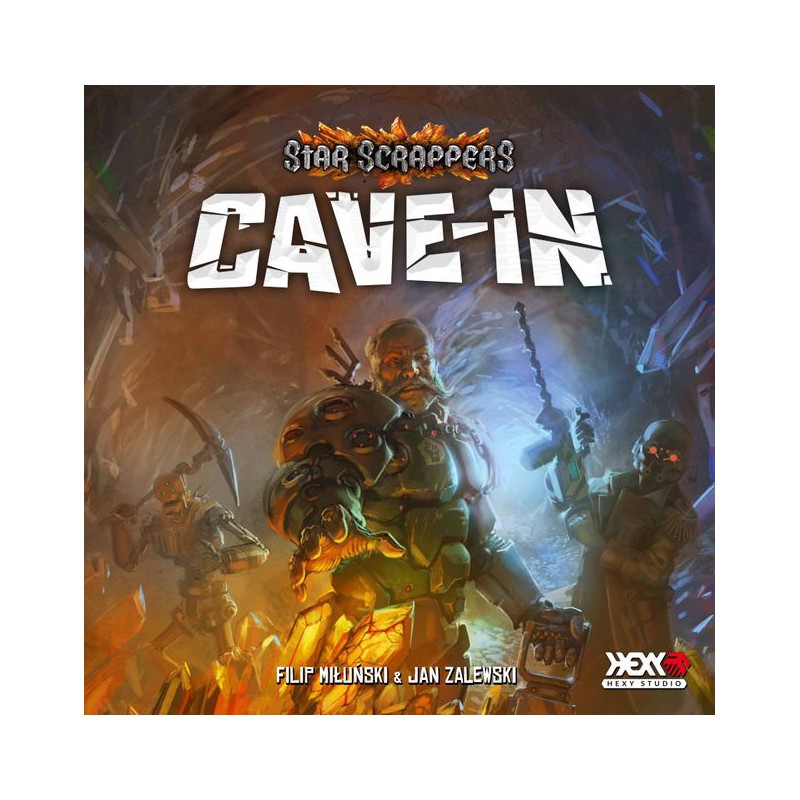 Star Scrappers: Cave-in is a game for 2-4 players who take roles of Galactic entrepreneurs, rival mining bosses who compete in this difficult, sometimes even merciless industry. Your job is to excavate the Hexis crystals.

The goal of the game is to get as many victory points as possible before the mine collapses!

To overcome your competition you will have to recruit mercenary laborers, use their skills, and collect precious artefacts. However, you’ll have to keep looking over your shoulder! Your competition is only waiting for a chance to buy your trusted men off and steal the bounty from under your nose!

Every turn you can perform two out of four possible actions:

Star Scrappers: Cave-in can be described as a "discard-building game". With every action, players put mercenaries into their discard. Now, the order of the discard also matters because your top discarded card gives you a special action at the beginning of your next turn. But beware! If your discard grows too interesting, another player may forfeit their entire turn just to steal the discard from you!

The player that collects most Victory Points wins, and that can be achieved in few ways:

Last but not least, remember – it doesn’t matter who is the best miner but the best schemer!